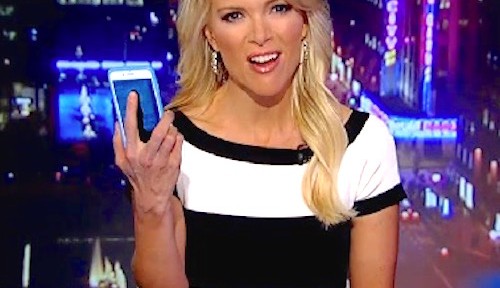 Megyn Kelly, aka, the new Candy Crowley, has announced she will be going on an unplanned 2-week vacation on the heels of her debate bashing of Donald Trump.

Directly after the debate, Kelly took a 3-day vacation debate breather with her family, but after returning, she found her image had been badly tarnished, being called everything from a “bimbo” to receiving death threats on social media. Then there was that damage control call to Trump from the head of Fox. The timing of her unplanned absence is a touch curious, coming mere days after Roger Ailes had to personally step to ratchetdown hostilities between the battling parties — especially given the rumors that he told Trump that not accepting the detente would mean “go[ing] to war” with the network. For Kelly to abandon her show so soon after scoring what was, by most accounts, a decisive victory against the real estate magnate is a curious decision on the host’s part — if, indeed, it is her decision, as it was also revealed earlier in the week that Ailes offered Trump time on “The Kelly File,” even though Kelly was adamant that she would not be apologizing for what she considered to be “good journalism.” h/t alternet

Below is the video of Kelly announcing her unscheduled vacation. Nice acting job, but don’t hold your breath waiting for that oscar babe.