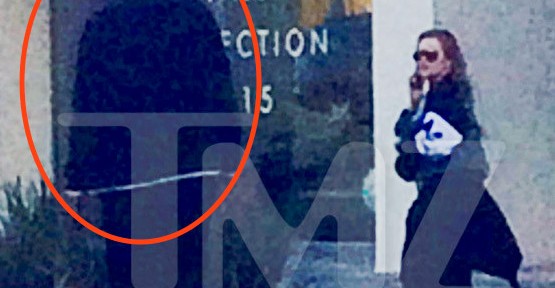 Khloe Kardashian was ambushed by her ex, Lamar Odom as she entered a spin class early morning Wednesday.

Her soon-to-be ex-husband then launched a verbal tirade. Khloe was on her way into SoulCycle in Beverly Hills when Lamar came out of nowhere, screaming at her. An eyewitness tells us Lamar was demanding that she talk to him. She kept walking as he was screaming. At that point Lamar touched Khloe’s arm and she screamed at him, “Get off of me, get off of me. Stop. Stop.” Another eyewitness asked Khloe if she wanted them to call the cops, and Lamar screamed, “You’re not going to call the cops on Lamar Odom.” Khloe then screamed, “How did you know I was here?” He didn’t give a clear answer. h/t tmz

A visibly upset Khloe was able to make it to her car and drove away.