Kelly Osbourne: If Trump Kicks Out Mexicans Who Will Clean His Toilets? 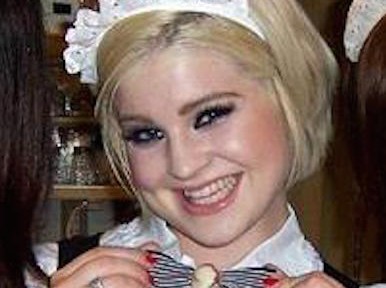 Kelly Osbourne, in an effort to goof on Donald Trump, instead has caused a racially charged firestorm, directed at herself on social media.

Appearing on The View, Osbourne said: “If you kick every Latino out of this country, then who is going to be cleaning your toilet, Donald Trump?” The View’s latina co-host, Rosie Perez immediately took exception with Osbourne’s comments, saying, “There’s more jobs than that in the country for Latinos and Latinos are not the only people who clean toilets.”

Osbourne then tried to remove her foot from her mouth — “You know I didn’t mean it like that. I’m not part of this argument.” But the damage was already done as a swift backlash swept across Twitter and other social media outlets, most deeming the comments racist.

Osbourne was recently slammed on social media after she donned an Afro wig while imitating, Rachel Dolezal, the white woman who masqueraded as a black woman while working for the NAACP.