CHAOS As FIST FIGHT Breaks Out At Bobbi Kristina FUNERAL 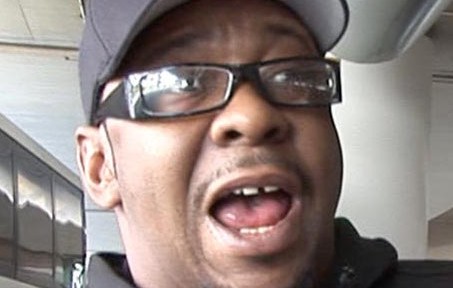 Bobbi Kristina Brown’s funeral descended into chaos on Saturday as her aunt Leolah Brown was escorted out of the service by movie mogul Tyler Perry and then launched an astonishing attack on Pat Houston.

Booted out of St. James Methodist Church for interrupting Pat Houston’s eulogy in front of the star studded congregation of mourners, Leolah Brown began a tirade against her, saying, ‘Whitney Houston will haunt Pat Houston from the grave’.

As the feud between the Brown and Houston families publicly and spectacularly erupted, Brown addressed reporters outside the church while the funeral for her niece was still going on.

‘It’s not over. We’ve got evidence of who Pat really is, this is going to be a long drawn out process,’ said Leolah, who has been fighting with the Houston family over Bobbi’s $20 million inheritance.

‘Things are connected. Pat is a fraud and a phony. She is not a Houston, she’s a Garland.’ mto

The Daily Mail reports that it was none other than, Perry broke up the brawl and assisted in escorting Leolah Brown out of the service.