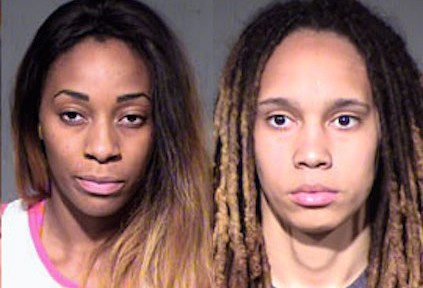 Earlier today, Glory Johnson posted a photo of Brittney Griner holding her stomach commenting, “One day until I’m reunited with my Wife @brittneygriner…This is about to be one CRAZY SUMMER!!! #TooExcited #NewLife #NewAdditionToTheFamily.” But before you send the couple a congratulations card, hold the phone.

The couple is headed for an Annulment, aka ‘splitsville,’ after Griner filed papers seeking a quick end her 29-day marriage to Johnson. 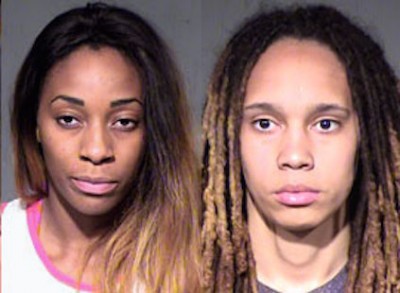 “Last Wednesday, Glory and I agreed to either legally separate, get divorced, or annul our marriage,” Griner said in a statement Friday. “I can confirm that today I filed for an annulment. In the week prior to the wedding, I attempted to postpone the wedding several times until I completed counseling, but I still went through with it. I now realize that was a mistake.” The court documents reportedly include “void based on fraud,” as reasoning for the annulment, adding that “Petitioner was pressured into marriage under duress by Respondent’s threatening statements.” h/t eonline

Although Griner’s statement suggests Johnson was fully aware of what was going to take place, Johnson told the press that she was blindsided by the news that Griner had filed paperwork for an annulment.