Rumors are running rampant after Rihanna posted a video on Instagram depicting her partying with friends during Coachella.

In the video, the “Umbrella” singer appears to be snorting cocaine. Riri is denying the accusations claiming that she was smoking a blunt instead. 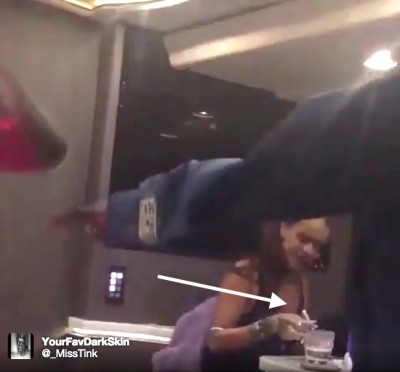 “Your lame ass got some f–king nerve!!! Any fool could se that’s a joint that I’m basing with a cigarette,” she told her accusers. “Who tF snorts tobacco??!! FOH witcho ‘never been to a rodeo so someone squeezing their nose means they’re doing coke’ lookin ass!!”

Watch the video for yourself and tell us, pot or coke?