The majestic beast reportedly bolted to the Los Feliz hills home’s crawl space after techs invaded HIS space. “It’s got to be at least 150 pounds!” said homeowner Jason Archinaco. 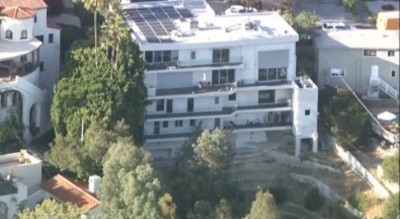 Looking at the giant cat lodged in the small space of his home. He said the city’s animal control officers couldn’t remove the wildcat because it’s too large. California Fish and Wildlife are going to attempt to coax him out with a tennis ball launcher and hope that he will run back to the mountains. The home, in the 2700 block of Glendower Avenue, is close to Griffith Park, where P-22 lives. He was treated for poisoning and mange last year but appeared OK after treatment. h/t nbcla 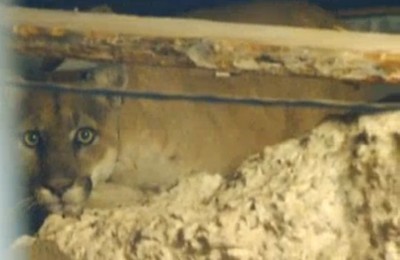 P-22 made Griffith Park his home three years ago after crossing two freeways from the Santa Monica mountains.