Thomas was previously the first female to officiate an NCAA football game in 2007. 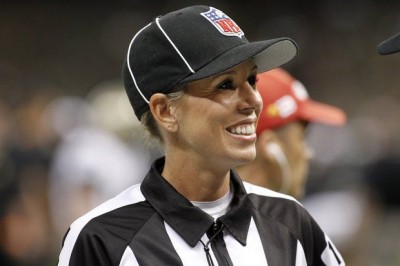 Thomas has been on the league’s radar for seven years. NFL VP of officiating Dean Blandino said in 2013 that “She was in our pipeline for a while,” but noted that making the leap to NFL official takes time for any prospective official. “It’s similar from when a players jumps from college to the NFL,” he said at the time. “Getting used to that type of speed is important.” h/t cbssports

Technically Thomas is not first female to officiate an NFL game; Shannon Eastin earned that distinction when she worked as a replacement ref early in the 2012 season.