Patrick Schwarzenegger looks like he may be following in his father Arnold’s footsteps after getting caught red handed In Cabo hanging all over a girl, who was not Miley Cyrus.

Will this serve as a terminator to Patrick’s his current relationship? Or will Miley simply write off the impending wrecking ball of a snap? 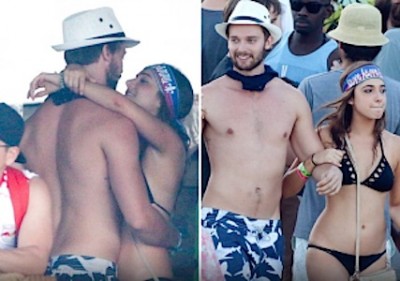 Sort it out son!