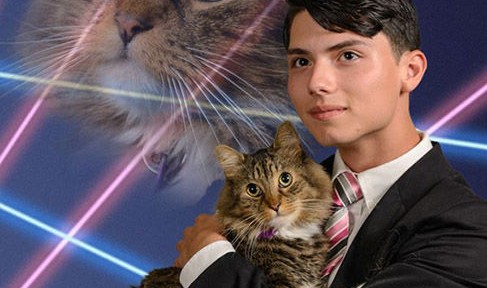 Draven Rodriguez, the high school student who went viral after he proposed to use a laser portrait with his cat for his yearbook photo, Mr. Bigglesworth, has died. He was 17 years old. 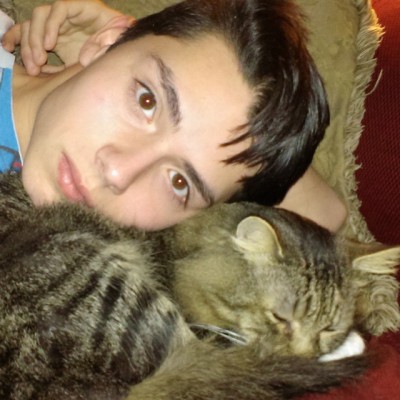 “I don’t want to go in the yearbook with the generic ‘I look like everyone else’ photo,” 17-year-old Draven Rodriguez told the Daily Gazette in September. “I wanted a ‘He looks great. Only he would try that’ photo.” A spokesperson for Schenectady High School initially said the photo wouldn’t be allowed in the portrait section of the high school, but after an online petition garnered several thousand signatures, school officials relented, but under one condition: the principal of the school would join in on the photo with her dog, Vivian. h/t pix11

Our thoughts and prayers go out to Draven’s fans, friends, and family at this difficult time.