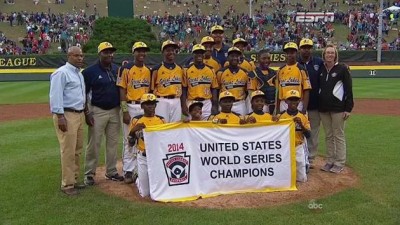 The Jackie Robinson West baseball team that brought the city together this summer is accused of stacking the team with players from the suburbs. “Jackie Robinson West Little League and Illinois District 4 Administrator knowingly violated Little League International Rules and Regulations by placing players on their team who did not qualify to play because they lived outside the team’s boundaries,” a Little League news release says. h/t abc7chicago