Failure To Use TURN SIGNAL Yields Cops 54,000 Grams Of COCAINE

A Chicago man has been arrested after police found 54,000 grams of cocaine with a estimated street value of over $6.5 million in his car.

Juan Roberto Vazquez was pulled-over by Chicago cops for not using his turning signal and driving without insurance and thats when they located 119 pounds of the white stuff. 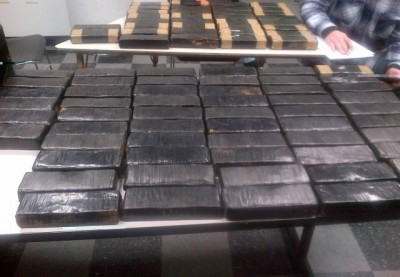 Vazquez, 28, was charged with one count of possession of a controlled substance and one misdemeanor count of driving without a license. About 2:30 p.m. Friday, narcotics officers saw Vazquez put two suitcases in his vehicle and drive off, police said. He was later stopped on a traffic violation in the 1500 block of North Kedvale. He was taken into police custody after he could not produce a driver’s license. Police then found 90 brick-shaped objects in the suitcases that contained 54,000 grams of cocaine valued at $6.75 million, police said. h/t myfoxchicago

Vazquez is scheduled to appear in bond court today.