Who Is Charlotte McKinney? And Why Is She The NEXT Kate Upton?

Charlotte McKinney is being dubbed the next Kate Upton! And it’s all over her hot hamburger eating skills. 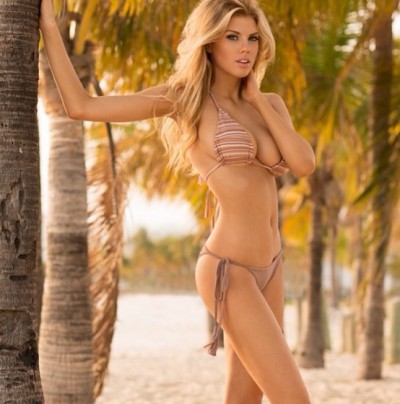 The 22-year old-stunner is showcased walking around in her birthday suit in the ad, but McKinney told FOX411 it was all done with smoke and mirrors, as she was actually wearing a bikini for the entire shoot. “I’m used to working in a bikini and the crew made me feel comfortable,” she said. The blonde bombshell hopes the Carl’s Jr. ad will bring more job opportunities, but as for her constant comparison to Miss Upton, she says “I wish the comparison would stop. I’m my own person. I think we both have a different style of what we’re going to do.” fox411