Brazil’s star surfer, Ricardo dos Santos, is dead after getting shot by an off-duty cop outside his home. 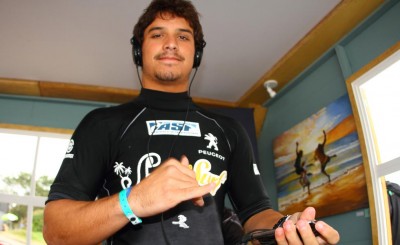 Reports flooded social media channels all day with differing accounts of the incident, but it appears that dos Santos was murdered by an off-duty police officer after an altercation during which dos Santos attempted to stop a group of men from openly using drugs in the street. After being shot three times, dos Santos was flown by helicopter to a local hospital. Doctors performed multiple surgeries, but ultimately the blood loss was too severe, despite waves of blood donors, eager to help save dos Santos’ life. h/t surfermag

Local police have taken two men into custody—a pair of brothers, 25 and 17-years-old, with the older of the two suspected to have fired on dos Santos.