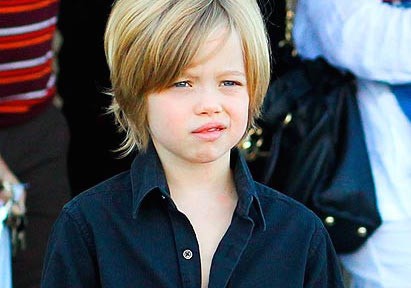 Angelina Jolie and Brad Pitt‘s eight-year-old daughter by birth, Shiloh, wants to be a boy.. So much so, her famous parents are raising her as a male, name change, clothing, the whole ball of wax.

Shiloh “identifies as a male” and chooses to go by the name “John” therefore the child has been “gender assigned,” to live life as a male. 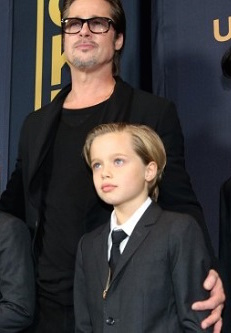 Pitt and Jolie have been fairly open over the years about Shiloh’s interest in all things considered masculine. In an interview with Oprah in 2008, Brad Pitt discussed how Shiloh wanted to be called John.

The eight-year-old’s family fully supports their decision to self-identify — from an affinity for suits and ties to shorter hair to the name change. h/t hotair

Shiloh now regularly appears in boy’s clothing and at some point her parents are willing to made the reassignment PERMANENT..