Indiana Man KILLED By OWN PIT BULL On Christmas

Indiana resident, Eddie Cahill was attacked and killed by his own pit bull on Christmas Day.

Cahill, 40, was found mauled to death in his home, one of his two dogs, Fat Boy, having been found with blood on his mouth. Animal control officers had to use a taser on the K9 to get him under control. 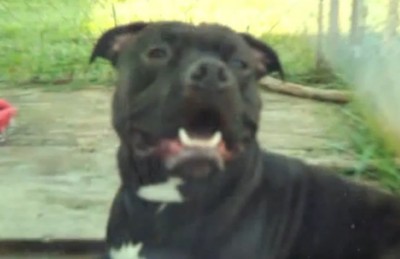 When his wife returned home, she found Fat Boy with blood on his mouth and Cahill dead in the living room, covered in dog bites. The family told reporters that the incident was an accident.“I don’t want people to think bad of pit bulls,” she said. “It was a freak accident. He loved those dogs.” h/t kfor

Today, the dog was euthanized at the family’s request.