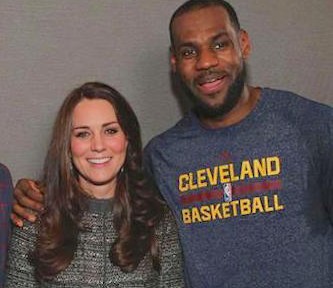 LeBron James may think he’s a king, but when it comes to touching a royal, he is just like the rest of us.

The NBA star “touched” the future queen of England, Kate Middleton, on the shoulder, (while sweating profusely,) causing royal watchers to cry foul. 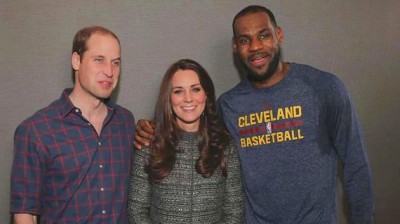 James met Prince William and his wife Kate at an NBA game between Cleveland Cavaliers and Brooklyn Nets in New York on Monday. The three posed for a photograph and James put his right hand on the Duchess of Cambridge’s right shoulder. According to protocol in Britain, a commoner is not supposed to touch members of the royal family – even if it is an innocent gesture. h/t abc13

Photos of the meeting appeared throughout the British media, with many outlets highlighting the breach and pointing out James’ sweaty post-game shirt.