Update: It has been confirmed the man displayed a pocket knife — A man authorities say “may have” been wielding a knife was shot and is in critical condition at a local hospital Friday night.

The shooting took place near the Hollywood Walk of Fame, police said. 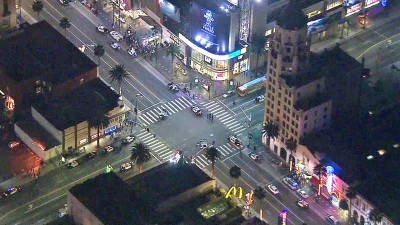 Police were called to an assault with a deadly weapon leading up to the officer-involved shooting.

No officers were injured.

The area of Hollywood and Highland is currently blocked off to all traffic.