A Rockville, Maryland, man who was arrested after admitting to torching his own mother’s $400,000 home, calmly confessed his crime to a local news reporter who was interviewing onlookers while covering the blaze.

When asked by the reporter “why” he had committed the arson he flippantly said, “to get attention, to get you here.” 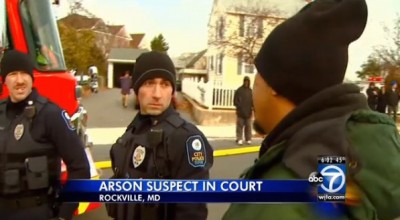 “I just poured gasoline on the floor, set it on fire, went to grab a drink, and came back,” Peralta casually told the reporter. h/t wjla

Peralta was charged with first degree arson and three counts of reckless endangerment.