An armed Michigan woman was arrested outside the White House on Thursday night. 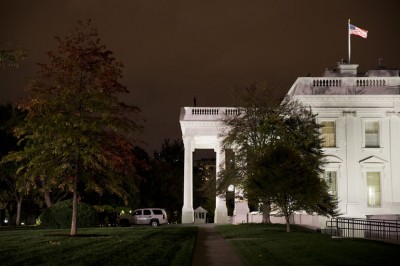 April Lenhart, 23, who isn’t cooperating with investigators, was arrested after plainclothes Secret Service agents spotted her with a 9 mm handgun in a holster along the White House’s north fence line, a Secret Service official said. h/t msnbc

Lenhart was held on suspicion of possession of an unregistered firearm, the official said. A second person who was with her wasn’t arrested.