A video that captivated the internet appearing to show a young Syrian tyke dodging sniper fire to rescue a young girl – was in reality- made with professional actors.

Media was advised by the filmmakers that they in-fact concocted the elaborate stunt on a set also used for feature films and commercials. 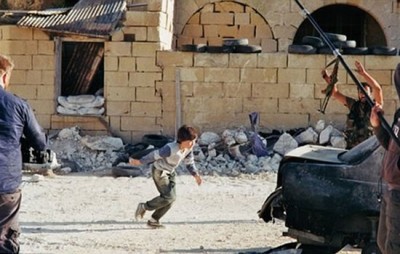 The boy was hailed a hero after the one-minute clip, thought to be filmed in Yabroud, a countryside town 50 miles from Damascus, was posted online earlier this week.

But a group of Norwegian filmmakers have today revealed that the footage was in fact shot on location in Malta using professional actors. h/t tpnn

The man responsible for the gripping film added that his hope was that people would react ‘with hope’ when they saw the video, which was filmed on a set used for blockbusters such as Gladiator and Troy.