This Is The SEAL Who Killed Osama Bin Laden

This is the former Navy SEAL who killed Osama bin Laden in 2011.

Robert O’Neill, 38, said in a recent interview with that he was the one who fired the bin Laden kill shot. 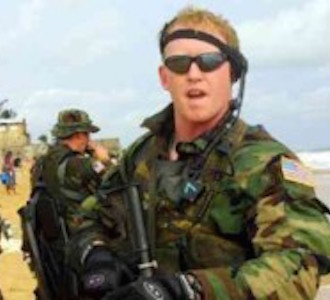 O’Neill, who hails from Montana, also said that other SEAL team members were involved in the raid, including Mark Bissonnette, who detailed the group’s experiences in his memoir, “No Easy Day.” O’Neill, who had been serving as a SEAL for 15 years at the time of the bin Laden raid, had participated in other missions before — but he said he feared this mission would be his most difficult.
h/t cnn

“I didn’t think I would survive,” O’Neill told the reporters.

Former Navy SEAL O’Neill told the Washington Post that he didn’t think he would survive the mission to get Osama bin Laden.

Before he was shot, bin Laden “had his hands on a woman’s shoulders pushing her ahead,” O’Neill recounts, likely to deflect the attack.