NOPD officers are trying to determine what damaged the bridge. Both eastbound and westbound lanes are closed for the time being. 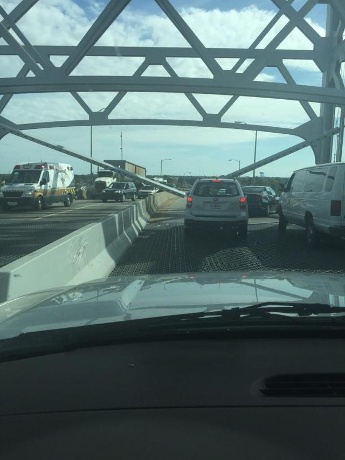 Officers with the New Orleans Police Department were notified before 11 a.m. that the bridge had been damaged, but the extent of it was not made clear. The Claiborne Avenue bridge crosses the Industrial Canal from the Bywater into the Lower Ninth Ward.
h/t wdsu

Traffic is at a stand-still while officers investigation. Drivers headed to the area should take St. Claude Avenue as an alternate route.