Joran van der Sloot was stabbed twice while in prison, claims his wife.

As proof of the stabbing, Leidy Figueroa, the Dutch convict’s wife, smuggled his bloody polo shirt out of the maximum-security Miguel Castro Castro Prison. 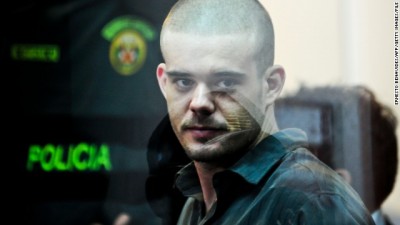 Van der sloot was stabbed in the shoulder and in the waist, and both wounds were about 2 centimeters (three-quarters of an inch) deep, she told RTL.

Sloot was “seriously injured” in a stabbing at the Peruvian prison where he is serving time for murder, but a top prison official is calling her account an outright lie, according to reports. h/t cnn

Van der Sloot is serving a 28-year sentence for murder.