Tony Romo WILL NOT PLAY Over Back Injury

Dallas Cowboys star QB, Tony Romo, will not play Sunday due to two fractures in his transverse process, aka, a broken back.

The Cowboys are hosting the Arizona Cardinals. 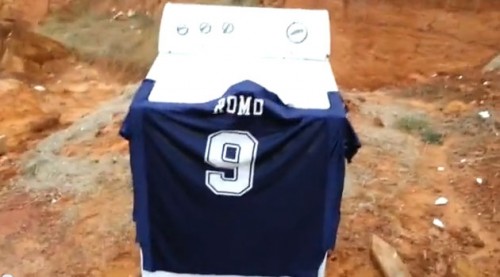 NFL Media Insider Ian Rapoport and NFL Media’s Desmond Purnell report, per a source close to Romo. Brandon Weeden will get his first start of the season. Dallas later announced that the starting signal-caller is inactive. Romo suffered a back injury Monday night and took a shot to return late in the game. The quarterback didn’t practice all week and was listed as questionable. Rapoport reported Saturday that Romo planned to participate in that day’s walkthrough. h/t nfl

Last year Romo was out the entire season with a similar injury.