A third set of shots have been reported near the Rideau Centre Mall in the Canadian capital as there may be as many as five shooters involved in the attack on Ottawa.

Shots have been fired in close to the city’s main shopping mall. The shooting appeared to take place outside the popular shopping complex. 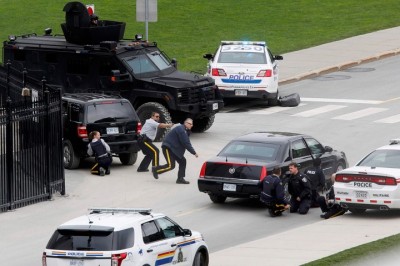 It has been confirmed by Canadian police that multiple gunmen are involved in the attack.