If You Smell Something Cooking That Was ”The ROCK” On WWE 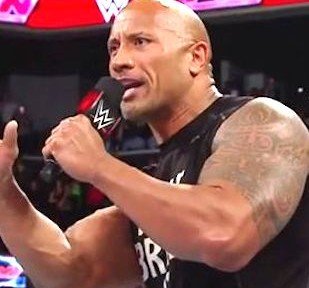 Dwayne “The Rock” Johnson is starring as Black Adam in the upcoming Shazam Movie, but tonight he made a surprise visit to the WWE.

Johnson stunned fans by making an unannounced appearance as “The Rock” during his appearance on Monday Night Raw. 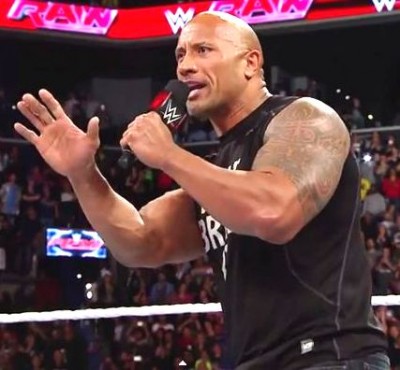 The Rock confronted Rusev and Lana in the ring. After exchanging some words with the pair, The Rock laid the smack down on Rusev and knocked him out of the ring. Speaking of the Shazam movie, The Rock spent his day in New York at the Time Warner building. The Rock tweeted, “Good hangin’ w/ our Time Warner family today. #TakinCareOfBusiness #EmpireStateOfMind #NYC.”

Shortly before his surprise appearance on Monday Night Raw, The Rock tweeted, “Let’s have some fun. LIVE in 3…2… Now we know the “1” was!