A man who made who made his way onto the field at Ohio State was slammed to the ground by Ohio State strength coach Anthony Schlegel, who used to play linebacker for the Buckeyes back in the day.

Schlegel took the law into his own hands, literally, after grabbing the man around the neck and putting him down hard to the turf. 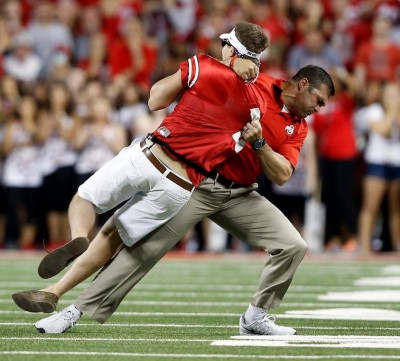 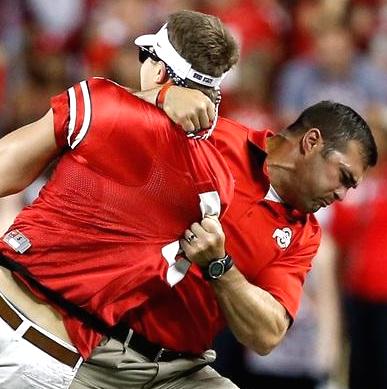