Tony Visconti: Bowie Has New Album On The Way 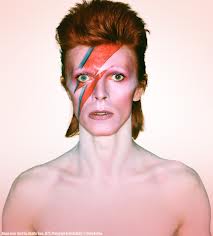 This follows the news that Bowie will include two new songs, Sue (Or in a Season of Crime)” and “Tis a Pity She’s a Whore”, on a career-spanning compilation due in November. Visconti also remarked on rumors that Bowie’s long layoff was due to sickness: “There were all kinds of rumors flying around and [Bowie] wasn’t upset that people thought he was in ill health … he said, ‘Nah I’m just not inspired and I’ll wait till I feel it.'” source

On the possibility of Bowie touring again, Visconti told CNN, “I don’t think he’s gonna busk in the Tube … on the Underground. As far as a concert is concerned I have no idea. He clearly didn’t promote The Next Day with a concert and whether he does for the next one I don’t know and I couldn’t predict that — it’s up to him. It’s whatever takes his fancy.”