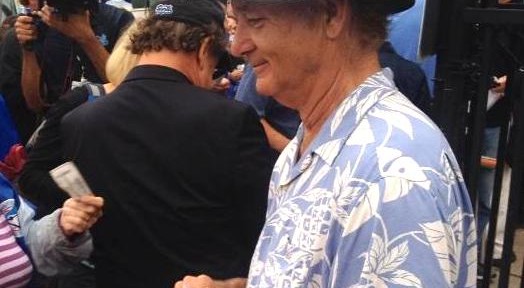 It was the Saints’ final game at Midway Stadium. 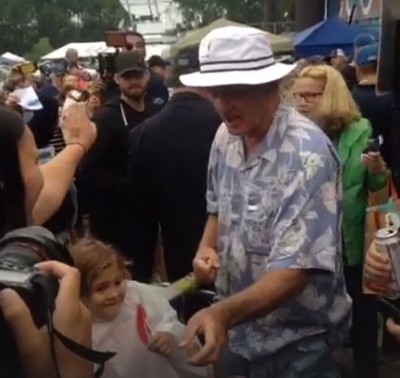 Look out for Bill Murray selling popcorn, mopping up the bathroom, and valeting cars later on. Oh actually he’s just taking your car. Bill Murray can do that if he wants to. source

And by the way, love the Hawaiian shirt and camo shorts.