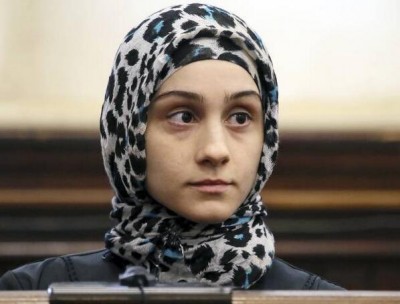 Reports say Ailina told the Harlem woman she had “people who can go over there and put a bomb on you.” She already has been required to check in with Massachusetts probation officers after prosecutors said she refused to cooperate with a 2010 counterfeiting investigation.

The victim of Ailina’s threat has a child with the father of one of Tsarnaev’s children.