While on patrol, the Massachusetts State Police Air Wing observed a monster great white shark approximately 75-100 yards off the coast.

The air crew notified Police and the Harbor Master as there were many beachgoers and people in the water on the Duxbury Beach. 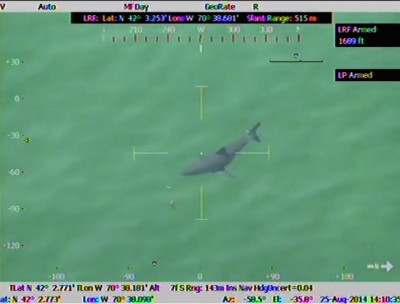 As a precaution, the beach was closed for approximately one-hour. As more boats approached the area the shark was spotted in, the shark continued swimming Southeast into deeper water.

A member of the Massachusetts Marine Fisheries confirmed the shark to be a Great White Shark, approximately 12-14 feet in length. There were no injuries reported during the evacuation of the beach or from the shark.