Some are claiming NASCAR driver Tony Stewart sped up in an overt effort to strike and killed sprint car driver Kevin Ward Jr. last night at Canandaigua Motorsports Park in New York. 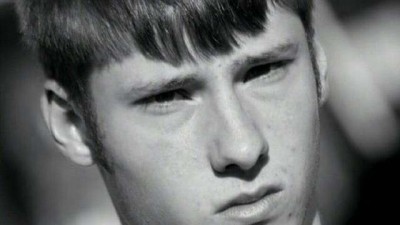 1. Kevin Ward Jr. Exited his Sprint Car on the Track

The incident occurred at Canandaigua Motorsports Park last night in upstate New York.Footage shows Ward climbing from his car and exiting onto the speedway to confront Stewart.Sport News reports on what might have caused the confrontation:

Tyler Graves, a sprint-car racer and friend of Ward’s, told Sporting News in a phone interview that he was sitting in the Turn 1 grandstands and saw everything that happened.

“Tony pinched him into the frontstretch wall, a racing thing,” Graves said. “The right rear tire went down, he spun on the exit of (Turn) 2. They threw the caution and everything was toned down. Kevin got out of his car. … He was throwing his arms up all over the place at Tony for most of the corner.

Meanwhile, Stewart’s car was behind another car, which slowed down to get past Ward. Stewart’s car then appears on camera, striking Ward and sending him flying.

Graves further alleges that Stewart hit the throttle to run purposefully over Ward, but this is highly debatable.

Ward was wearing a black race suit on a poorly lit racetrack.

2. Ward Went to the Hospital With Serious Injuries

After being struck, Ward was transported to a nearby hospital with serious injuries.He was later pronounced dead.Stewart was uninjured and brought in for questioning by local police.

After the incident, Stewart was brought in for questioning by authorities.Huffington Post reports:

Stewart, a frequent competitor at local sprint car events, was questioned and released. The sheriff asked for people who recorded video of the crash to provide copies for investigators to review.

It’s worth mentioning that it is a bit odd that Stewart competes at low-level, competition sprint car events as he is a NASCAR athlete.

Ward was just 20-years-old when he died last night.

The Port Leyden, New York native had a promising career prospects, his rise catalogued on his blog.

5. Stewart Will NOT Compete Today in NASCAR Event

Because of the tragedy, Stewart will not be competing today’s NASCAR’s event at Watkins Glen.

The race was pertinent to Stewart’s NASCAR championship chance.