American flags were mysteriously replaced from their lofty perch at the Brooklyn Bridge’s two towers by white flags, usually synonymous with military surrender.

Police were alerted of the switch and are now feverishly checking surveillance footage from the bridge. 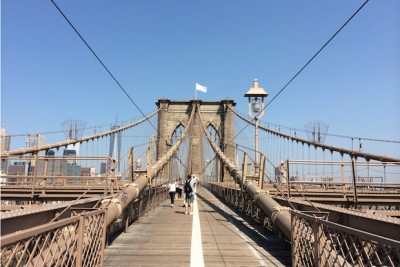 “Why are there white flags on top of the Brooklyn Bridge?” City Council member Mark Weprin tweeted at 9:34 a.m. It was not immediately clear how the white flags, which are usually a military symbol for surrender, got there. Witnesses reported seeing NYPD counter terrorism officers heading up the stairs to the bridge about 9:30 a.m. source

The Department of Transportation, which oversees the bridge, referred press inquiries to the NYPD, which did not have additional information.