Young felon loving women everywhere can breathe a sigh of relief after receiving the horrible, and fake news, that mugshot hero, Jeremy Meeks, was dead.

The article, originally posted on a hoax website, said the felon was killed by his wife. 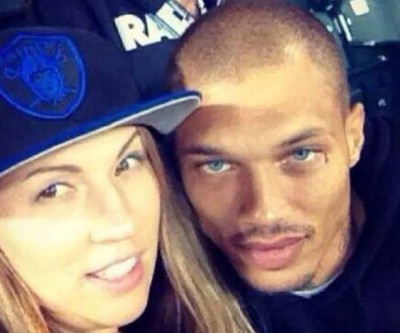 The fake article has a few thousand shares and “likes” on Facebook as of Wednesday night. It reads in part: “According to jail records, Jeremy Meek was released from jail just before midnight on Tuesday night. About an hour later, just before 1 a.m. on Wednesday morning, Stockton Police found him laying in the road in the area of Dayton and West in Central Stockton. He was taken to Community Regional Medical Center where he died from his wounds shortly after arriving (sic).” source

One clue of the sham for concerned fans was the article misspelled Meeks’ name as “Jeremy Meek.”