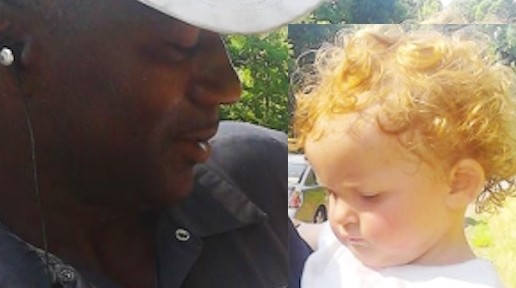 Bryant Collins, from Georgia, is being hailed a hero after he saved a 15-month-old child he found crawling out of the brush and towards a highway.

Collins said he spotted the infant out of the corner of his eye while driving Friday. 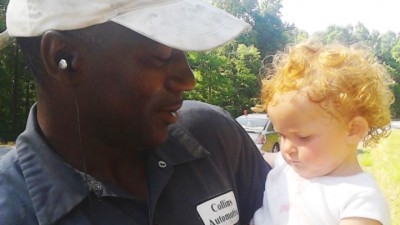 “I thought it was a baby,” Collins said. “I just stopped and, when I got out, there was a baby, almost in the highway.”

Turns out the child had crawled 300 yards from her home home, through the woods and nearly onto Highway 72.

Collins stayed with the child, soothing her, for nearly two hours.

“The baby started crying,” Collins said, “so I turned my phone on and let her listen to some gospel music, and she calmed right down.” source

The child was not seriously hurt. Police arrested the child’s father and said charges would likely be filed against her mother too.