Daughter Digs Up Dead Dad Hunting For His WILL

A New Hampshire woman is under arrest after being accused of digging up her father as he lay resting in his grave looking for his will.

Beloved Colebrook businessman Edward Nash died age of 68 and was buried back 2004, but last month, his grave was found dug up and his casket left wide-open. 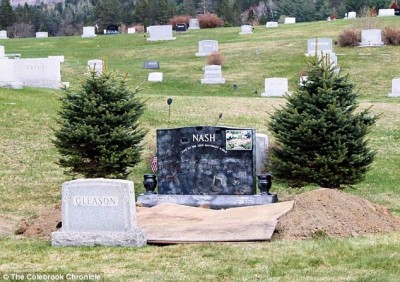 Only a pack of cigarettes were found clutched in Nash’s cold hand.

According to court documents, Lynch and one of the suspects were dropped off at the cemetery by the third suspect. They then dug up the grave and opened the casket.

Nash’s daughter, Melanie Lynch, was arrested along with two other suspects.

Nash has since been reburied.