Connecticut teenager, Justina Pelletier, is at the center of a custody battle between the state of Massachusetts and her parents.

In 2013, the state of Massachusetts took charge of Pelletier when her parents and doctors at Children’s Hospital differed over her diagnosis and treatment. 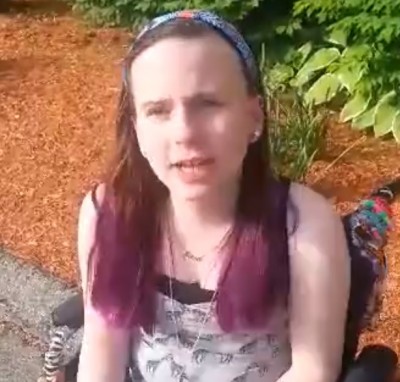 The Pelletiers brought Justina into the Children’s Hospital ER where they say doctors quickly cast aside her diagnosis, instead concluding her problems were of psychiatric origin. source

When the Pelletiers objected, Children’s brought in DCF and the state took custody of Justina, essentially ruling her parents were committing child abuse by pursuing medical rather than mental health treatment.

A newly released video depicts young Pelletier asking Governor Patrick and Judge Joseph Johnston to let her move back with her family.

“All I really want to be with is my family and my friends and that’s all I want is to be with my family and friends back home,” she says. “You can do it. You’re the one that’s judging this. Please let me go home.”