Actor/comedian Rik Mayall, who played “Rick” in The Young Ones has died. He was 56.

Mayall is survived by his wife, Barbara, and three children. 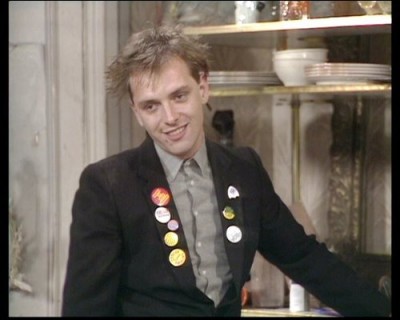 Born in Essex and raised in Worcester, Mayall starred alongside Adrian Edmonson in The Young Ones and went on to appear in Bottom, The New Statesman and as Flashheart in Blackadder.

He was left seriously ill after a quad bike accident in 1998 which left him in a coma for several days, but was working until recently. source

The Young Ones is a British sitcom, broadcast in Great Britain from 1982 to 1984 in two six-part series. Shown on BBC2, it featured anarchic, offbeat humour which helped bring alternative comedy to television in the 1980s and made household names of its writers and performers. In 1985, it was shown on MTV, one of the first non-music television shows on the fledgling channel.