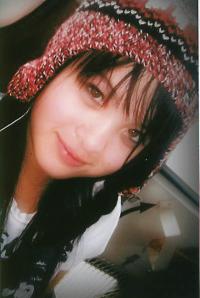 Undated courtesy photo of Tara E. Fitzgerald, 17, who passed away on 1/11/2014. Cole Alexander Matenaer, 18, of Woodbury, was arrested by Woodbury Police 1/13/14 on suspicion of third-degree murder. Matenaer is one of three people who have been arrested on suspicion of third-degree murder after a Woodbury teen died Saturday, Jan. 11, 2014. Woodbury Police spokesperson Michelle Okada said that police were called to a residence in the 3000 block of Commonwealth Avenue around 9 a.m. about an unresponsive 17-year-old girl. She was taken to Regions Hospital in St. Paul, where she died shortly after. Police would not release the name of the girl. The three suspects — an adult and two juveniles — were booked into the Washington County Jail. The names of the suspects were not released by Woodbury Police. County records show that Woodbury Police arrested Cole Matenaer, 18, of Woodbury, on suspicion of third-degree murder on Tuesday. (Courtesy photo)