A controversial US military research facility known as the acronym, HAARP, will be dismantled and shut down this summer.. 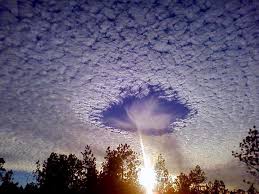 Could the shuttering be considered a victory for conspiracy theorists? Comment below!

HAARP, an acronym for High Frequency Active Auroral Research Program, has long been at the center of conspiracy theories claiming everything from mind control to extreme weather like hurricanes, floods, earthquakes, and tornados.

David Walker, an Air Force official tasked with overseeing much of the branch’s science and technology research efforts, told Congress this week that HAARP is “not an area that we have any need for in the future,” according to the Anchorage Daily News. “We’re moving on to other ways of managing the ionosphere, which the HAARP was really designed to do.” The facility is said to cost some $5 million per year to run — unless someone steps up with those kinds of funds, it seems HAARP is destined for the history books. source

Former Iranian president Mahmoud Ahmadinejad famously told the UN in 2010 that the facility was responsible for devastating floods in Pakistan.