Woman With Special Needs ROUGHED UP By Cops At Walmart 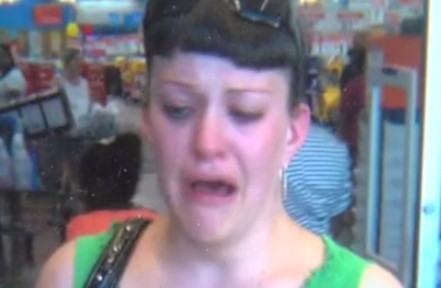 a Michgan woman with special needs was thrown to the ground, handcuffed and interrogated inside Walmart after being falsely accused of shoplifting.

Jodi Kozma, 25, is known as an extremely friendly and trusting person say friends and acquaintances.

A birth defect left her with a mental impairment and a low IQ. That’s why Jodi’s parents, Wendy and John Kozma, always make sure a family member is with her; if she were ever separated from them, they taught her to find a police officer for help. 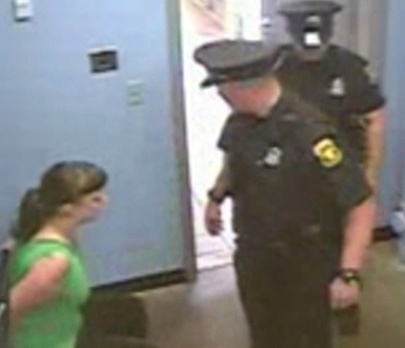 But what happened to Jodi has left her terrified of police.

“I was disgusted. I knew that would affect her for the rest of her life,” Wendy Kozma told our Scripps sister station 7 Action News Investigator Heather Catallo. source

Jodi’s nightmare all started with a shopping trip with her grandmother and her cousin inside a Walmart in Michigan. It ended with Jodi being thrown to the ground, handcuffed, and in tears.

Walmart store security cameras were watching Jodi’s every move on a Friday in August of 2012 when she was incorrectly identified as a shoplifter.