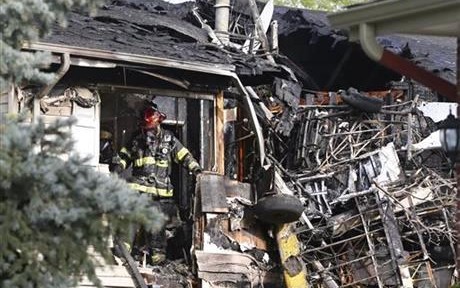 The pilot of a small plane crashed into a home in Colorado, exited the cockpit and helped put out the fire with a garden hose.

Astonishingly, he was relatively unhurt.

The aircraft was on its way to tow a banner for an insurance company over a baseball game when its engine apparently malfunctioned.

After impact, the pilot got out of the cockpit and tried to put out the fire before burning fuel forced him away.

He suffered minor injuries from the crash. The plane and the house were destroyed.