Future Batman, Ben Affleck, was banned for life from playing cards, specifically, blackjack, at the Hard Rock Hotel and Casino in Las Vegas over counting cards. 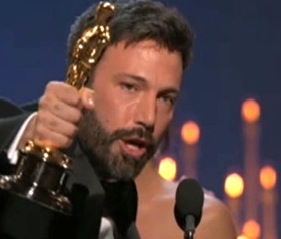 Affleck, who participates in the World Series of Poker, allegedly was playing blackjack at the casino’s high rollers table earlier this week when the Hard Rock security team caught the actor on camera counting cards.

The actor, according to an unnamed source, was told “you’re too good at this game” by hotel security and deemed an advantage player.

One unnamed source said the hotel was very friendly to Affleck and his wife Jennifer Garner and invited them back to the casino to play other games, while providing a car for the couple back to their Las Vegas hotel. source

Affleck, whose reps could not be reached for comment, is set to begin filming the untitled Batman-Superman feature in Detroit later this month.