The owner of this 217mph Lamborghini Aventador was driving the coolest sports car in London town, that is, until he crashed the $300,000 dollar vehicle while showing off for a videotaping group of youngsters. 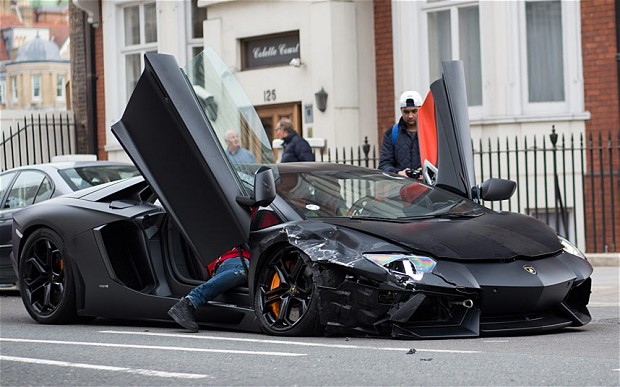 The supercar had been filmed being driven around London in the past with flames firing out of its exhaust.

But it was reduced to a sorry state on after suffering serious frontal damage with bits of its bodywork strewn all over the road.

A parked BMW and a Mazda 5, worth a fraction of the price of the Lamborghini, were also involved in the accident, which took place on Sloane Street in Knightsbridge late on Sunday afternoon. source

It is thought the Lamborghini was involved in a collision with the Mazda before hitting the stationary BMW.