Mila Kunis is pregnant with the Ashton Kutcher’s baby, a source confirms exclusively to E! News just weeks after being first to report that the former That ’70s Show co-stars were planning to tie the knot. 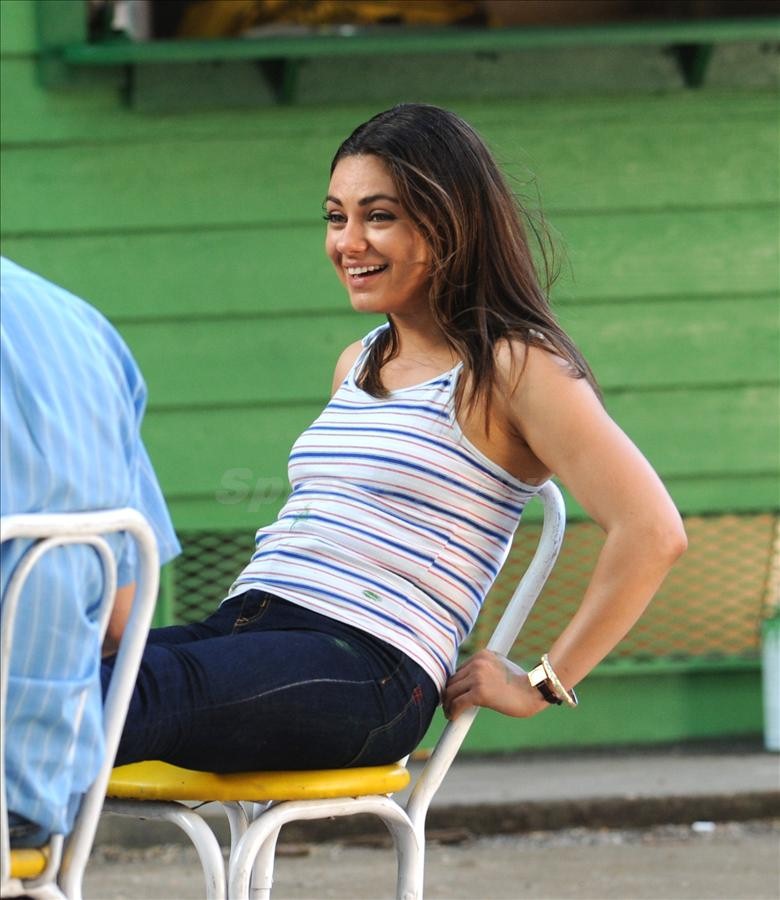 The Ted star was even recently spotted attending a prenatal yoga class in Hollywood.

Ironically, Kunis is the new face of Jim Beam bourbon—but of course she still makes for a stunning face. She just won’t be sampling the brand’s wares for a while.

She was photographed at the end of last month wearing a massive diamond ring while out shopping with her mom at the Grove shopping center in L.A., and a source confirmed to us that Kutcher had indeed popped the question.