Why is Iran building giant mock-up of U.S. aircraft carrier? Plan much? Anyway, your guess is as good as ours.. 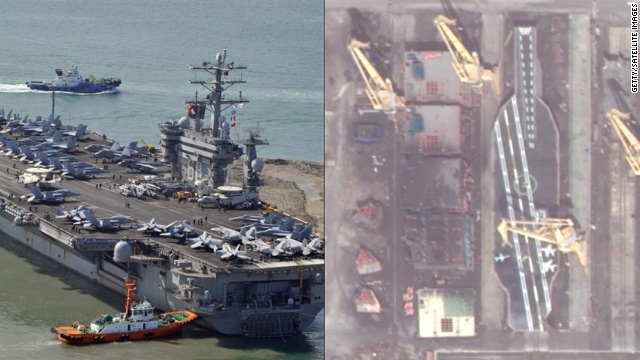 An official told CNN’s Barbara Starr that while the purpose of the fake carrier is unknown, Iran may be planning to destroy it in a propaganda move. The Iranian government has blown up target barges in the past and aired the footage on its state-run media.
CNN

“If this is all for strategic effect,” noted the official, “then with all eyes on the construction that seems to fizzle.”