Jurors ordered rapper Da Brat to pay a staggering $6.4 million in restitution to a woman she attacked in the face with a rum bottle. 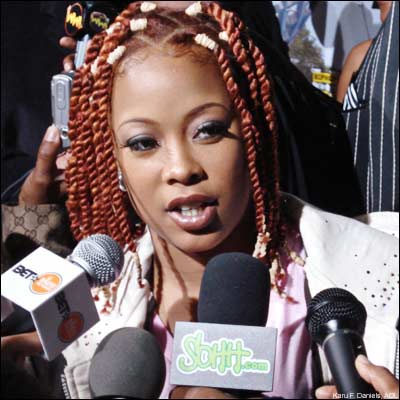 Da Brat, a.k.a. Shawntae Harris, was ordered to shell out $3.7 million in compensatory damages and an additional $2.7 million in punitive damages. Ouch.

During a presser, Brat’s attorney said the amount her client was ordered to pay was excessive considering the prior punishment.

“I’m baffled,” Attorney B.J. Bernstein said. “She owned up to what happened when it happened and was punished.” But Stevens’ attorney said his client sustained lifelong injuries in the assault, which happened at Halloween party at Studio 72, a club owned by Atlanta hip-hop mogul Jermaine Dupri.

“She has a brain injury and is a brain injury survivor,” Mark Link, an attorney for Stevens, told The AJC. “It’s not something that will ever go away. She has a scar on her face. She had so much going for her and for it come to an abrupt stop because of this attack.”

After serving time at Arrendale State Prison, Harris, 39, is still on probation for the attack. Bernstein said she is unsure if she will appeal the decision.

Da Brat’s net worth is currently listed at $1.5 Million.