Jailed NFL star Aaron Hernandez was involved in a  fight with another inmate and neither man required medical attention. 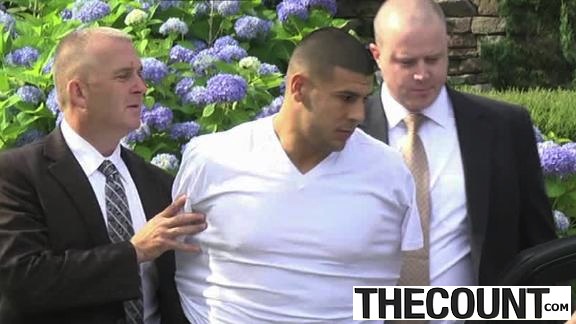 Jail staff are investigating to determine which man was the aggressor.

Witnesses are being interviewed and jailers are reviewing surveillance video to figure out whether disciplinary measures or criminal charges are warranted.

The altercation took place Tuesday in a common area of the Bristol County House of Correction in Dartmouth, where only one inmate at a time is supposed to be out of his cell, Sheriff Thomas Hodgson said.

“An altercation took place between two inmates and one of them was Aaron Hernandez,” Hodgson told ABC News. “We will be studying video and proceeding with interviews to determine why and how the incident took place to determine whether internal discipline or criminal charges are warranted.”

The jail also is reviewing procedures to learn how the inmates were allowed out of their cells at the same time.

Officials did not release the other inmate’s name and said he did not know of any previous tension between the two.

Both Hernandez and the other inmate have been moved to other units until the investigation is completed.