The two guys that made a mint off the diddy, California Girls, David Lee Roth & Mike Love, just performed a rendition so awful, it may have mandatorily retired the song forever.. 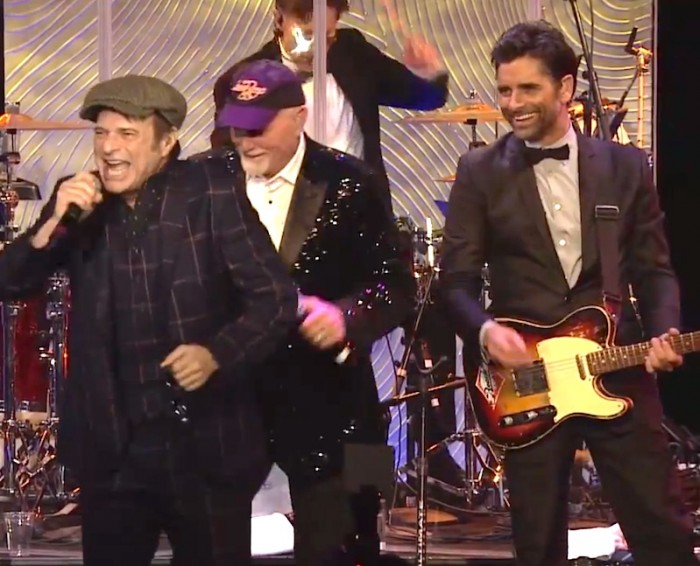 Rule number one, never hire a guy that only plays guitar on TV. In this case we see Jesse Cochran, a.k.a., John Stamos, a.k.a., Dorian Grey.

See below to view the video of the performance. Have earplugs handy!

Let’s just say the fans didn’t like it so much either..

I liked DLR’s version of the song from the 80s, especially the video, but on this performance he sounds like he quick-smoked a pack of cigarettes before taking the stage.

This f***ing sucks… Replace David Lee Roth and Mike with Brian and his band then it’ll be a great show.

Yeah, I think this is the WORST performance of any Beach Boys song. David Lee Roth really f***ed it up. It would have been bad with just Mike but he just made it horrible. Wish Brian, Al, David and his band were just playing.

Let’s take a moment to bask in the non-aging handsomeness of John Stamooooss! Gorgeous still.

Mike and Bruce didn’t even have the decency to invite Al and David to perform even though they are there? What’s up with that! Clearly Mike’s ego is to big to share the stage just for one more night with the original surviving Beach Boys even though the fans would have loved it!!!

Yeah, what he said..

If you’re wondering what a good live version of the song sounds like..